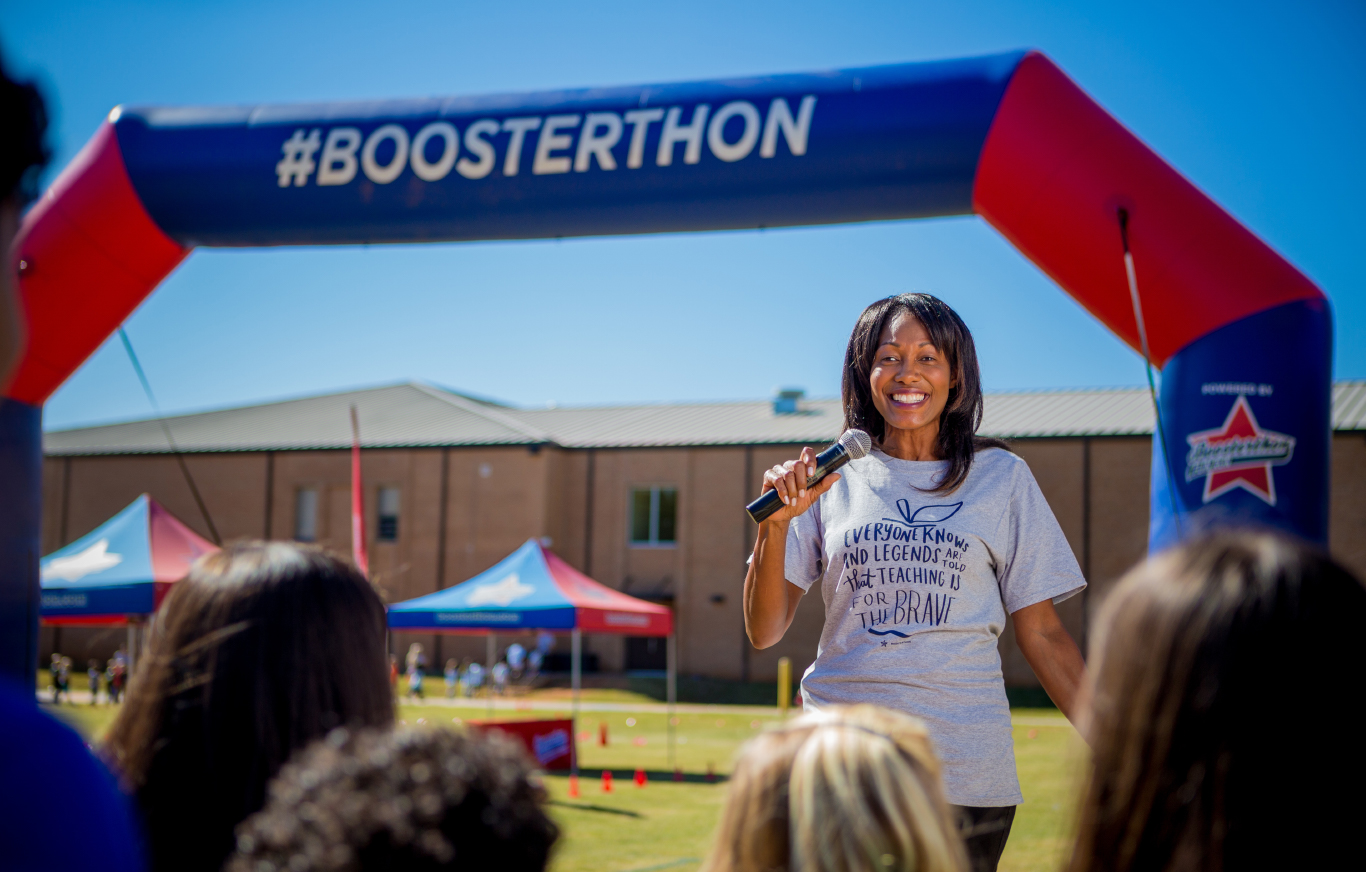 Of all the ways Jeaneen Tucker, Principal of Round Top Elementary in Blythewood, SC, could have discovered Booster, she first heard about our famous fundraising program from a very “familiar” source: her niece.

Principal Tucker’s niece, a teacher at Willow Spring Elementary School in North Carolina, was so excited after her school’s first Boosterthon program that she called Jeaneen to share about her experience.

“It sounded like a win-win for our school, so I looked into it based on her excited recommendation,” said Mrs. Tucker.

It’s been a perfect match ever since. Last semester, Round Top Elementary wrapped up their 7th Boosterthon program. And over the years, Booster has helped RTE profit over $115,000.

According to Principal Tucker, with those funds their school has been able to purchase many educational resources that have benefited their students, such as:

“Our new murals are educational in nature and add beauty to our building. They also capture the importance of visual arts,” she said.

Furthermore, in 2015 RTE earned enough funds through their Boosterthon program to share $10,000 with two underprivileged schools damaged by the "1,000-year" flood that hit the Greater Columbia area.

More Than a Fundraiser: The Value of Boosterthon’s Character Program

“The character messages presented in the Booster videos serve as reinforcements for our daily expectations,” she said.

But there’s something that makes Round Top Elementary unique from many of our school partners. This past semester they received pledges from 52 countries—far more than the average school. When asked how they were able to get so many international pledges, Principal Tucker said RTE has a significant military population. According to her, families like the Daughertys were instrumental in getting pledges from all over the world. Lt. Col. Daugherty (R) is a USAF pilot, and through his military connections they were able to secure numerous international pledges.

Additionally, each year Round Top Elementary sets a goal to increase pledging from the year before and get their community as excited as possible.

Why Round Top Elementary Chooses Boosterthon Year After Year

When asked why her school continues to partner with Booster after so many years, Principal Tucker noted several reasons:

According to Principal Tucker, “The Booster team is not only very responsive to any concerns, but also they’re high-energy individuals who bring JOY to our campus with their respectful and fun attitudes!”

Thank you so much for the opportunity to serve your amazing school community, Mrs. Tucker!