The Importance of Character Education: An Interview with Dr. Marvin Berkowitz

A few months ago, we asked on the Boosterthon Facebook page, “Which aspect of the Boosterthon Fun Run program do you like the most: Fitness, Leadership, or Character?” The overwhelming response from our parents and a few spunky students was “Character.”

Because character is such an important part of the Boosterthon Fun Run program and because parents and educators value it too, we wanted to get a deeper perspective on the importance of character education in schools and the best ways students can learn about character. I interviewed Marvin W. Berkowitz Ph. D. for that expert perspective. 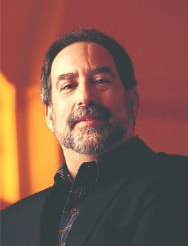 Receiving his doctoral degree in developmental psychology, Dr. Marvin W. Berkowitz was interested in children and specifically how theythink.Combining his intrigue in what makes something right and wrong in the world, Dr. Berkowitz invested himself in character education, and has been studying and contributing to the field for 37 years.

He was a researcher at Harvard University, a professor of psychology at several colleges, and is now the Endowed Professor of Character Education at University of Missouri - St. Louis. As an applied psychologist, Dr. Berkowitz applies his knowledge of moral reasoning and character education to parenting and education, often consulting with teachers and principals on how to best approach character education in schools. Dr. Berkowitz is an author, a valued contributor, and an esteemed leader in his field. He is also a husband and a father.

Dr. Berkowitz embraces the “Head, Heart, Hands” perspective on character education, or simply that ideally children would know what’s right, care about what’s right, and ultimately do what’s right. But as children develop, there are influences that make right and wrong hard to distinguish.

Dr. Berkowitz identifies a number of influences that make it more difficult for children to discern and develop character and for schools and families to promote character development.

Dr. Berkowitz believes that pop-culture is more “asocial and anti-social” than ever before and that the high dosage of images and stimuli children receive compared to earlier decades makes pop-culture messages a much stronger influence on impressionable minds. Within those messages are increasingly negative graphics, and some of the characters children and teenagers idolized are by no means pillars of virtue. 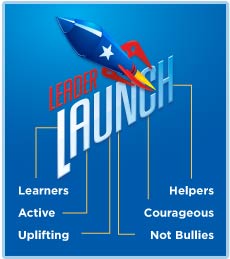 With the push toward high standardized test scores, some schools are pinched for intentional time to build character and talk about healthy behavior. Also, teaching strategies may change to include more lecturing to students, rather than group cooperation, which builds good peer-to-peer relations.

Dr. Berkowitz believes that “if a family is not child-focused and enlightened, it opens the door to the pop-culture messages.” In essence, parents should stand by to filter and/or help kids critically process the mixed, or improper messages that are being sent to kids; parents must be present and engaged in their children’s lives to do so.

Though there are influences that negatively affect children, in an effort to counteract those effects, Dr. Berkowitz developed a model for schools to promote character called the P.R.I.M.E model.

P – Priority. Schools first and foremost must make a choice to teach character. It must be a top priority. “If character does not stand authentically at the core of a school’s mission, then it will have little chance of being effective.”

R – Relationships. Classrooms should foster relationships between anybody and everybody; any combination is beneficial, from student-to-student, teacher-to-student, and cross-age buddying. It’s just as important for teachers and administrators to build a similar web of relationships within the adult school community. “Schools must be intentional and strategic in promoting relationships among all stakeholders. Relationships are the elements upon which healthy schools and character are built.”

I – Intrinsic Motivation. Help students understand that there is personal, internal satisfaction from achieving goals and behaving properly. “Unless students internalize moral values, they will be temporary.”

M – Modeling. Because teachers and administrators should have built strong relationships with their students, educators can now leverage their role-model status not only to talk about character, but also to show character. “To paraphrase Gandhi, all adults around children must be the character they want to see in kids.”

E – Empowerment. Rather than educators solving all the problems for students, empower students to make decisions for themselves. Giving them real-life, authentic problems to solve as a team helps foster real world decision-making skills. “Schools tend to be authoritarian and hierarchical in nature. Students don’t become participatory democratic citizens by merely learning about democracy. They need to experience the power of their own voices in advocating for the common good.”

A special thank you to Marvin W. Berkowitz Ph. D. for taking the time to enlighten us on the cutting edge practices of character education and new thoughts in the field.

To learn more about Dr. Berkowitz and his work, visit www.characterandcitizenship.org.