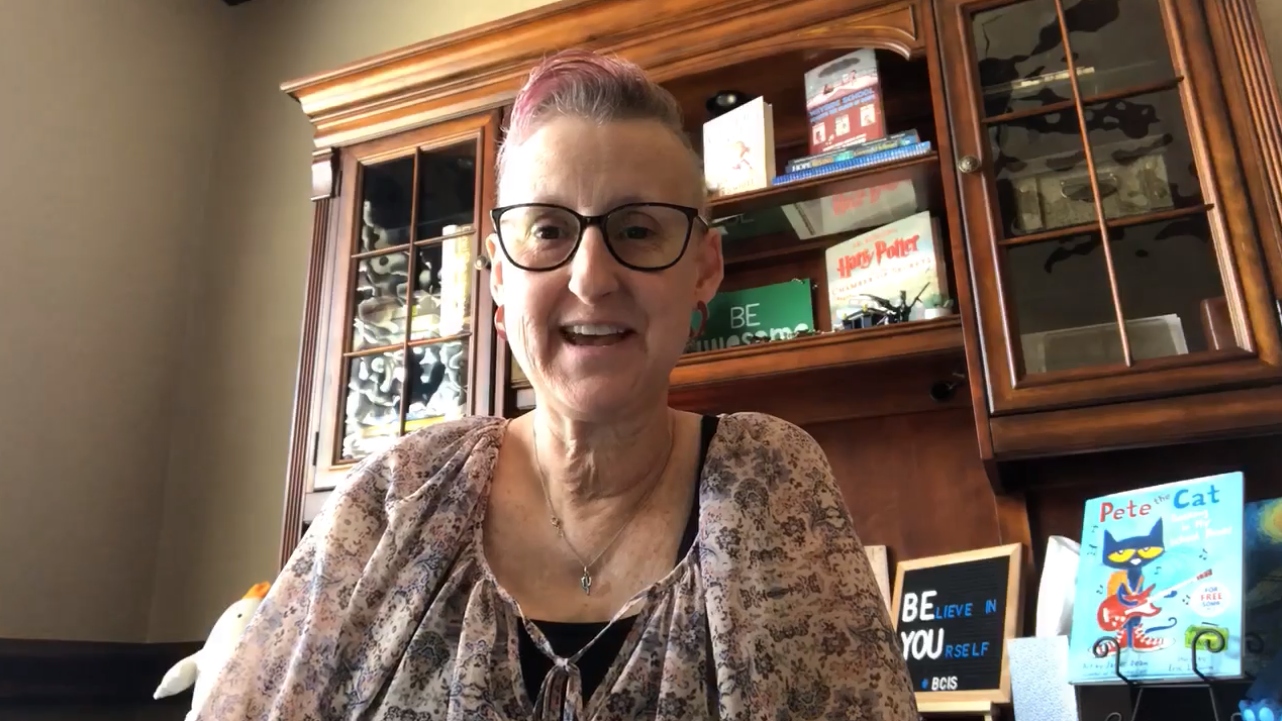 PRINCIPAL OF THE MONTH: JANUARY Principal Offers Hope, Strength in the Midst of COVID Crisis

We’ve long known that educators are heroes. But this past year has shown us how strong our school leaders have needed to be as they face the challenges of teaching children in a pandemic. We’re honoring one Boosterthon principal per month as a small thank you to the incredible heart it takes to lead a school during the 2020-2021 school year.

When Principal Mandy Byrd reported for work in July of 2020 after a brief summer break, she knew she faced one of the biggest challenges of her career.

The fourth-year principal of Bridge Creek Intermediate School in Blanchard, OK, was tasked with figuring out how to meet the needs of her 350+ elementary school students and 30+ staff in the middle of a global pandemic.

“Almost everything had to be different than it was before,” said Principal Byrd.

The level of planning was extensive. Recess, lunch, classrooms, and even bathroom breaks had to be modified to create a safe learning environment for students and teachers.

“We were reinventing how to do everything,” she said.

Once Principal Byrd and her team came up with a workable game plan, they communicated it to the school community through email newsletters.

When the school year began in September, Bridge Creek had 317 in-person students and 39 students enrolled in the school’s “virtual academy.”

From the beginning, there were many challenges. 45 percent of Bridge Creek’s mostly caucasian students receive free or reduced lunch. Many of these students had no devices at home—some even had no Internet—to participate in the school’s virtual academy. In those cases, the Bridge Creek team had to provide the student with a device or a paper packet for them to go through.

But despite the obstacles, when the semester kicked off in September, everything went smoothly for a while. Then, the school started experiencing positive COVID cases. To date, 12 Bridge Creek staff members have contracted the virus. Over the course of the semester, many students, teachers, and sometimes entire classrooms were required to quarantine for a period.

At one point, COVID cases were spiking so sharply that the entire district mandated a two-week remote learning period. And tragically, one teacher in the school lost her husband to the virus.

In the midst of all this chaos stands Principal Byrd. But Mrs. Byrd is no stranger to enormous, life-or-death challenges.

In 2012, Mrs. Byrd received the devastating news that she had contracted a rare form of Lymphoma that attacks the subcutaneous layer of the skin. After being treated for a time in Oklahoma City, her doctors recommended she receive treatment at the renowned MD Anderson Cancer Center in Houston, TX.

The MD Anderson medical team recommended she undergo a stem cell transplant, an intensive procedure that would require a family member to donate his/her stem cells. Due to the lengthy recovery process, the procedure would also mean her family would have to move to Houston temporarily.

Eventually, Mrs. Byrd’s brother volunteered to donate the needed stem cells. Over the course of the treatment and recovery period, Mandy and her family lived in Houston for 100 days.

Since her stem cell procedure involved knocking her white blood cell count down to zero, Mrs. Byrd fought through extreme fatigue and numerous other side effects.

“I had to be physically and mentally tough,” she said.

But despite the challenges, thankfully she’s been cancer-free since her procedure. It’s a gift that Mrs. Byrd doesn’t take for granted.

“I was able to see both of my kids graduate college and my son graduate from law school,” she said.

According to Mrs. Byrd, her experience battling cancer has given her a unique lens and a powerful resilience to lead her school through this health crisis.

“[Surviving cancer] has given me a ton of perspective and strength,” said Mrs. Byrd. “When it comes to COVID, I know things are not always going to be this way.”

Because of her experience, she also feels better equipped to help her students deal with the downstream consequences of COVID—be it stress, anxiety, or depression.

Some other aspects of pandemic life are familiar to her as well. Since her immune system was more vulnerable during cancer treatment, Mrs. Byrd had to wear a mask for six months.

“Wearing a mask is not new to me,” she laughed.

Although in some ways beating cancer has helped prepare Mrs. Byrd for the challenges of COVID, in other ways it’s made it more difficult. As a cancer survivor, she’s had to take extra safety precautions at Bridge Creek.

Mrs. Byrd moved her office into an empty classroom so she can still safely interact with students and staff. At school she also wears a double mask for an added layer of protection.

Though she generally tries to limit her interactions with others, Principal Byrd says she still gets “out and about” in the school to encourage students and help wherever she’s needed. A Bridge Creek teacher teaches her students over Zoom in the school’s virtual academy.

Through it all Mrs. Byrd has managed to find creative ways to engage her students, especially those attending the school’s virtual academy. Some days she will hop on a Zoom call and teach her virtual students a math lesson. (Before she became a principal, Mrs. Byrd taught high school math for over 20 years.)

Principal Byrd and her staff have been doing everything they can to prevent their virtual students from feeling isolated. To help them stay connected and engaged, the school has included the virtual students in schoolwide events like picture day and their Boosterthon fundraiser.

And although they haven't been able to do schoolwide assemblies like they used to, the Bridge Creek teachers have still found creative ways to create community for in-person students.

Overall, Mrs. Byrd credits her staff of teachers for keeping their virtual and on-campus students so engaged.

“I’ve got an amazing staff of teachers. I have to give them a lot of credit,” she said. 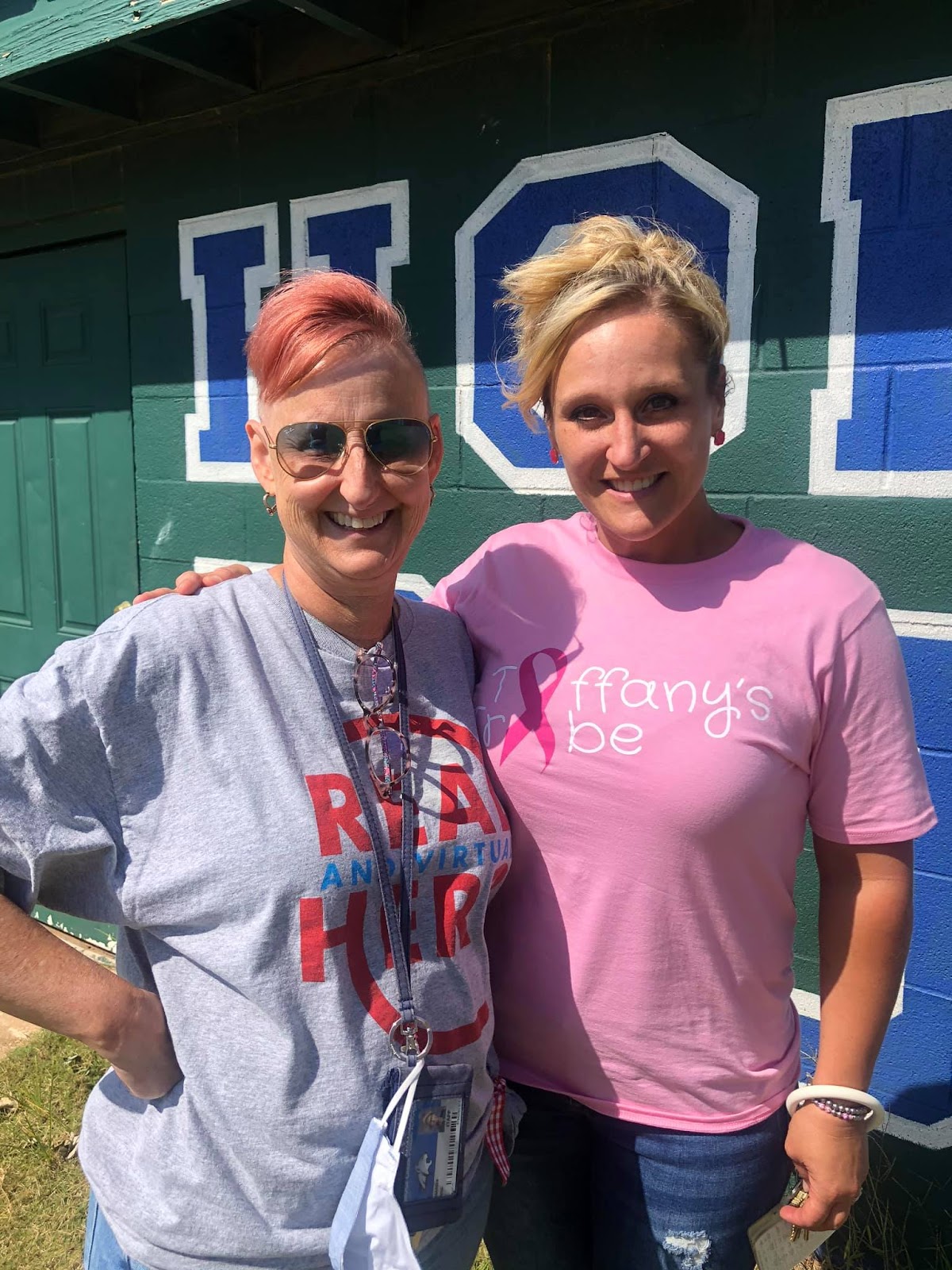 Principal Byrd and her staff were all smiles at the school’s Boosterthon DanceFit.

When asked what she and her staff have learned through this incredibly difficult year, Mrs. Byrd came back to a topic that her school is focusing on this year: growth-mindset.

“I saw it as a math teacher. Some students get frustrated when they don’t immediately get the lesson. But it’s ok to make mistakes. Having a growth mindset is all about yet. I haven’t learned this yet.”

According to Mrs. Byrd, this year she and her staff have had to lean into a growth mindset like never before. Faced with an unprecedented health crisis that poses a deluge of daily challenges, Mrs. Byrd and her team have sometimes had to learn the hard way.

“I don’t like to fail,” said Mrs. Byrd. “But I’ve had to learn again that—just like my students— it’s okay to make mistakes. Sometimes we’ve made the wrong decision. But that’s a part of life—making mistakes, showing each other grace, learning from them, and moving on.”

Thank you, Principal Byrd, for your incredible endurance and heart for your students, staff, and school! Your leadership and mindset are inspiring.