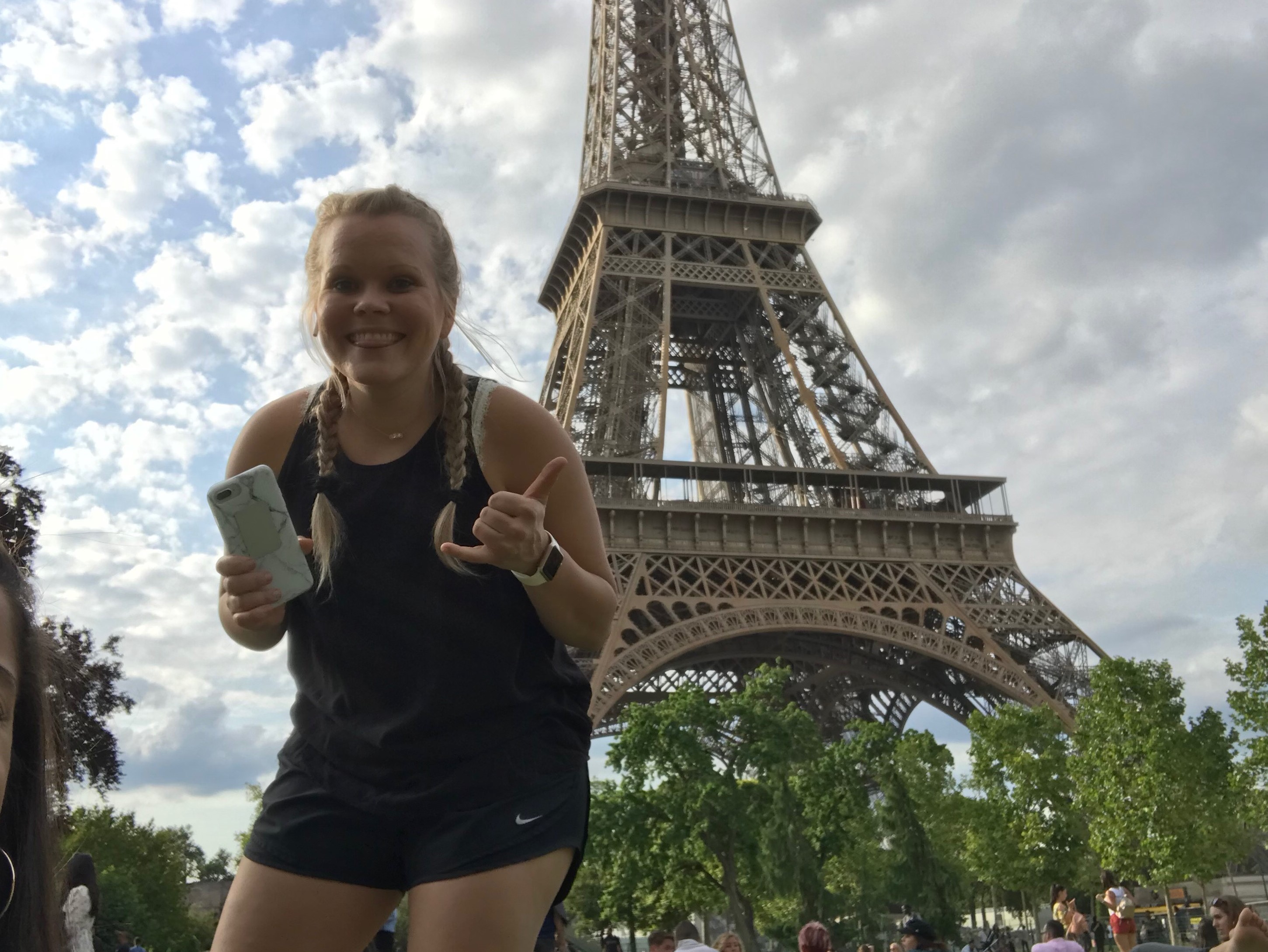 In order to understand my why, we need to rewind a couple years. One of the things I love about my job is the opportunity to push myself and be challenged by other leaders. Within Booster, we have monthly challenges surrounded by fitness, reading, meeting with mentors, and more. They do this because personal and professional development is huge within Booster. Our purpose is to change the world and they want their team members to be better leaders in and out of Booster.

I’ve always been a pretty active person so the monthly challenge that grabbed my attention was one around running a mile a day for a month. Like many other Booster team members, I challenged myself to do it, accomplished the goal, and then life went back to normal the following month.

When everyone’s favorite time of year, New Year’s Resolutions, rolled around, I decided I really wanted to do something that was going to push me more mentally and physically. I was going to try to run a mile a day for a year. A lot of people told me I was crazy and wouldn’t be able to do it. Honestly, I didn’t think I would either. But with Booster’s running challenge, countless times of never keeping a New Year’s Resolution, and hearing about a friend who had done something similar, I decided to give it a shot.

As I looked at the goal as a whole, it became very overwhelming to me! I was starting at day 1 out of 365. Who wouldn’t be overwhelmed by that? One thing I had to train myself on as I got started was that I needed to take it one day at a time. I couldn’t look at the whole picture, just what I could control that day. In doing this, it helped to transition running from a task to a non-negotiable. My mentality shifted from “if I was going to run that day” to “when I would run that day.” This was a game changer for me because I never let the stress or exhaustion of the day dictate if I was going to accomplish my goal for that day.

Now don’t let me fool you, this was NOT an easy challenge! Like everything else, I had my good days and my bad days. There were days when friends would run with me, when my body was feeling great, or I was running on the beautiful streets of Europe. Then there were days I was running on a sprained ankle, chasing the clock before it hit midnight, or running with my dad driving next to me because I was too sick to run alone. Each one of these days pushed me further than I ever thought I could go.

As I approached the end of my running a mile a day for a year goal, I needed to come up with a new resolution. Of course, I was now fully dedicated to the challenge of running daily but needed something more. Continuing my one mile a day seemed like I was settling with something I already knew I could do. So I decided to bump it up to two miles a day for year two! This came with a whole new set of challenges, such as doubling the time required and physical demand on my body.

The trend continued for a couple more years, each day coming with its new challenges (exhaustion, physical demand, or location of running). After I completed year four, I was encouraged to start thinking about the longevity of my body and the impact running had on it. Running each day was such a simple goal, but it had taken a toll on my knees and hips. If I wanted to be active when I was older, I needed to start thinking long term.

I knew one day I would have to stop my daily running, but I wasn’t fully prepared for that day to come. As I looked to end my streak, I wanted it to be on my terms and at a mark where I felt like I had accomplished something significant. I decided to stop at Day 1,500. It was a hard, emotional day. I was ending something that, for almost 5 years, I had fought so hard to keep! Running had become so much of who I was. I was overwhelmed with emotions; but ultimately, I was glad I stopped and thankful I had accomplished such a huge goal of mine. This challenge taught me so much about myself and what I could push myself to do.

As I look back on it, there are some important lessons I learned that I believe can help anyone accomplish difficult goals: Here are my top 3 tips:

It wasn’t easy to run a mile a day for a year. It was tougher to run 1,500 miles! The best challenges are the ones that change you forever. My biggest takeaway for others is to not be afraid to do hard things! Remember, you are capable of doing more than you think you can!