We’ve all heard the phrase: “Stop, look and listen” when crossing the street. Parents work hard to keep their children safe, but as all parents know, there are some instances when things are completely out of their control. No matter how cautious families and drivers are, accidents can happen.

The important thing is how families respond after the unexpected event.

For one Boosterthon family, an unforeseen traffic accident led to positivity and bonding between a special third grader, his family and the Boosterthon team. Miles Waldrop from Mountain Brook Elementary in Mountain Brook, AL was hit by a car on the afternoon of Wednesday, Sept. 14 and broke both of his legs. Since it was a completely unavoidable accident and the driver was paying attention and driving slowly, the Waldrops were very thankful that Miles was all right and thrilled the outcome wasn’t any worse. 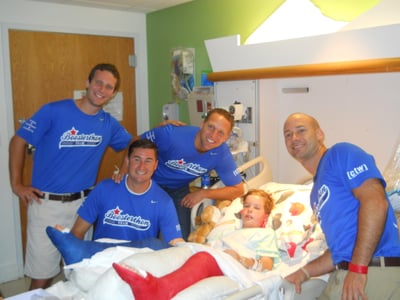 “When he woke up following the accident, the first two things out of his mouth were, ‘Mom, I’m going to be okay and my bones are going to heal,’ and ‘Can you please try to find the man who hit me because I want him to stop crying and know that I’m going to be okay,’” said Margaret, Miles’s mother. “Typically children are very self-centered, so I was amazed at his initial thoughts and how positive he was.”

Now reaching the nine-week mark after his surgery date, Margaret is happy that Miles is recovering faster than expected. He now is up and walking with a walker—much farther along that he should be. Although Miles has a long way to go, he is constantly motivated to improve.

As a baseball player and a very active child, Miles can’t wait to be back to his normal self. Every day his friends ring the doorbell at 3:30 p.m., ready to hangout and spend time with him. More than anything, he is looking forward to playing outside with his friends once he is healed.

Prior to the accident, Miles spent many mornings running with his father and will be excited to spend that time with his dad once he can run again. But Miles’s time at home has given Margaret and her son a chance to spend more quality time together.

“When he has a rough day, we take a break and talk about all of the good things we have,” said Margaret. “The bad part is that it is his reality. Since I have not been in his reality, it’s hard for me to completely understand. Instead, we try to build each day around something positive, something he wants to do and can do, and something he enjoys.” 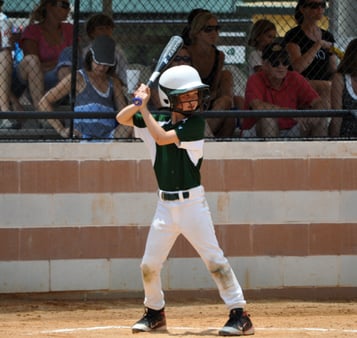 Plus, Margaret explained that their family could not have gotten through this experience without the support of their school and community. Since the Boosterthon Fun Run was the week of Miles’ accident, all grades at Mountain Brook Elementary ran laps for Miles and many students had signs that said “Running for Miles.”

Not only did the school support Miles and his family, but the Boosterthon team came to the hospital after Miles’s surgery to spend time with him, sign his cast and show him how much they cared. Plus, the team was fired up to see that Miles chose a red and blue cast in honor of the Boosterthon Fun Run! Later that week, one Boosterthon team member from Florida, who had a similar accident as a child, wrote Miles an encouraging note to show him that there are people across the nation cheering him on.

“That was one of the more gratifying situations for me because I was so grateful that they made time to hang out with Miles,” said Margaret. “He was thrilled to see them and still talks about the fact that they came to visit. They truly did things I would never have expected from people who are so busy during the week.”

Although this accident has been difficult, Miles’s positivity and motivation to heal has been wonderful for their family. Margaret knows that this year has been one that they will never forget, but wouldn’t change it for the world.

Readers, what was the most unexpected experience in your family’s life and how did you respond? Let us know on Facebook!