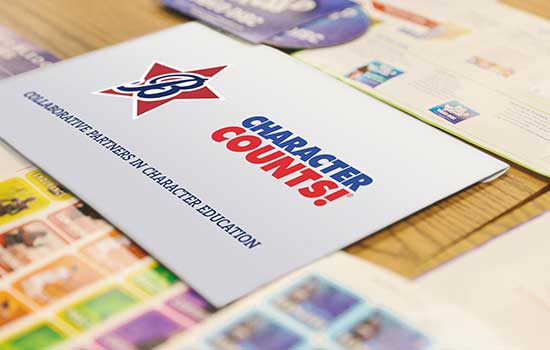 Boosterthon Partners with CHARACTER COUNTS! to Provide the Premier Character Program for Schools

We're excited to announce that we've teamed up with CHARACTER COUNTS!®, the nation’s most popular and effective youth development program, to provide an elite character education program to more than 1,900 schools across the country. This collaborative partnership leverages the strengths of each organization, allowing schools to experience a unique pairing of high-production storytelling with a 25-year researched-backed character framework.

“For more than 15 years, our fitness, character and leadership fundraising program has wowed schools and made a lasting impact on students,” said Chris Carneal, president and founder of Boosterthon. “Collaborating with CHARACTER COUNTS! serves our clients even further—by continually offering the most effective and engaging character education program available.”

Boosterthon and CHARACTER COUNTS! Partnership Equips America’s Students With a Blueprint to Change the World

The difference-makers featured include Aidan Thomas Hornaday, founder of the non-profit AidanCares; Connor Ford, who created Spirit, an app that increases school engagement; Alex Triestman, founder of Brickshare, a system to share Lego bricks with kids who are unable to afford them; the developer of anti-cyberbullying app ReThink and Shark Tank winner, Trisha Prabhu; and Guinness World Record-holder Winter Vinecki, who is the youngest person to run a marathon on all seven continents.

CHARACTER COUNTS!, the Most Renowned Character Education Organization in America

With more than 25 years pioneering character education in schools, CHARACTER COUNTS! has helped thousands of schools create a positive school culture improving the character and behavior of millions of children. Every year since 1995, their program has been officially recognized and endorsed by the U.S. Senate and The President of the United States during “CHARACTER COUNTS! Week”—the third week of October.

Interested in bringing Boosterthon's world-class character program to your school?