Adventures Beyond the Classroom: Boosterthon Team Member Nearly a Call Away From Major League Baseball

With fitness as one of the three components of the Boosterthon program, each Boosterthon team member must choose a life of fitness, because just like character, you cannot teach fitness without first being healthy.

We have many team members who have amazing athletic achievements, but one has excelled farther than anyone else over our 11 years serving schools. 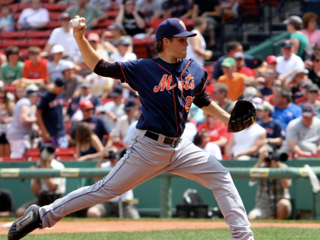 Even though Collin McHugh grew up outside of Chicago, IL he’s always been a Atlanta Braves baseball fan. Collin’s been playing baseball since he was four years old and has just recently been the closest to realizing almost every boy’s dream—playing professional sports.

Growing up, Collin’s favorite baseball players were the starting pitching aces of the mid-1990’s Atlanta Braves team: John Smoltz, Greg Maddox, and Tom Glavine. And though baseball was his best sport, Collin played any game that incorporated a ball.

At age 10, playing for the Hopewell Park Rangers in Atlanta, GA, Collin’s coach asked the team who would like to try pitching a game. Collin volunteered and, as he says, “It just stuck.” What followed was a succession of baseball seasons that took him from little league to high school to college and eventually to minor league baseball.

Out of college, Collin was drafted by the New York Mets’s single A team, and he traveled across the country with different teams whose home stadiums were in Kingsport, TN, Brooklyn, NY, Savannah, GA, Port Saint Lucie, FL, and Binghamton, NY. This past season, Collin was selected to play in the “Arizona Fall league” where the top 5 to 7 players on each team were invited to play. 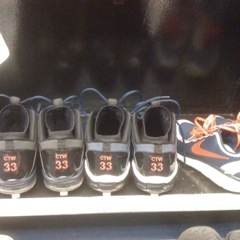 Collin’s Arizona fall league invitation gives him a good chance to play triple A baseball in Buffalo, NY next season where he’ll be just one phone call away from playing major league baseball under the stadium lights at Citi Field in New York City as a Met. And despite his longtime Braves allegiance, he’s definitely a huge Mets fan.

We are unbelievably proud of Collin and his achievements as an athlete. He says that he takes the “confidence, the ability to create momentum when you work with other people, and being able to get along with different personalities” that he learned working for Boosterthon onto each team. One other thing we were able to give Collin was baseball equipment—he sports [CTW] cleats every time he steps onto the diamond to pitch, reminding him to “Change the World” in everything that he does, even through baseball.

Do you know someone who plays sports at an elite level? Give them a shout out on our Facebook page!